This week I will review condo complexes and sales in Dedham.

In today’s short video I wanted to show you some of the condo inventory in Dedham Massachusetts. In terms of condos, there are not a whole lot of major condo complexes in Dedham.  These two family condo conversions can be accessed at http://www.homesinbostonmass.com/community/area/Dedham/

See the video on condos in Dedham, Mass below

40-80 High Street is located in East Dedham close to the CVS. These condo units would be the least expensive condo units in Dedham.  Stepping up in price from there would be Dedham multifamily homes converted to condo units. These would typically be in residentially zoned areas and be comprised mostly of two family homes in Dedham Mass.

Another complex, not located too far from the 40-80 High Street Condos are the Motherbrook Condos on North and South Stone Mill which is off of Milton Street.

These condos were developed in the late 1980s. There are 96 units in all. I recently wrote a blog post about the Mother Brook Condos and you can see that blog post here:
http://greaterbostonvoice.typepad.com/the_greater_boston_voice_/2013/01/mother-brook-condos-in-dedham.html

If you want to see what is actively available in the Motherbrook Condos you can search for all condo listings in this compex at http://www.homesinbostonmass.com/community/area/Dedham/

Westbrook Crossing at 989 East Street in Dedham Mass
Westbrook Crossing is an active 55+ adult community located at 989 East Street in Dedham Mass.
This condo complex in Dedham was built in 2003. There are 60 units within the complex.
Most have balconies so you can enjoy fresh air & wooded views off of your living room.
You can have fun living life with common features such as an elegant entry hall with comfortable seating and a fireplace, a common screened porch for those summer night. You can stay fit with a well equipped gym, activity room which includes a full kitchen. There is a fireplace in the banquet area.There is a book swap and  library available to condo owners. You will also have access to a common conference room.
You can see Dedham condos available in the Westbrook Crossing Complex by visiting our site at http://www.homesinbostonmass.com/community/area/Dedham/

A Little History About Dedham Massachusetts

Dedham, Massachusetts is an historic suburban industrial town on the principal southern corridor of metropolitan Boston. It is located next to West Roxbury, Westwood, Milton, Needham and Hyde Park.

Dedham boast having the site of the earliest surviving framed house in New England, the handsome 1737 Fairbanks House.

In 1636, Dedham received its grant as a town from the Massachusetts Bay Colony. Dedham is one of the oldest communities in the state.

Its colonial agricultural economy was expanded by industry only after the town, in 1639, built one of the earliest water power canals connecting the Charles River with a tributary of the Neponset River and creating sufficient water power for grist and fulling mills. The Mill over by Mother Brook is still there today. However it is now 96 residential condo units. T

As local historians point out, this brought in lawyers and officials, trained, educated and ambitious men who changed the face of the community by investing in and supporting industrial development. There was a large development of woolen mills that sprang up in Dedham Mass. This influx of industry grews as innovations such as powerbroadlooms were introduced to the area. Dedham's factories manufactured everything from pianos to furniture and the famed Dedham crackleware pottery.

The town shows a rich and diverse architectural face to the world, with its monumental granite court house of Greek Revival design, its Victorian prison, its limestone Neoclassical Registry of Deeds, Romanesque Revival public library and Renaissance and Georgian Revival schools. In addition, Dedham has a remarkably well preserved town center, with a bounty of colonial architecture and several historic sites highlighting the community's Old New England splendor. 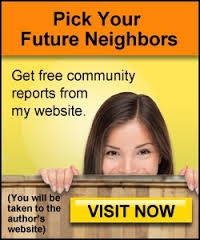 
See All Homes for Sale in Boston Under 400k

See All Homes Over 1mm in Greater Boston

Get the Value of Any House Now

See how much equity there is in your property now
@ YourEquityFinder.com

The comments to this entry are closed.